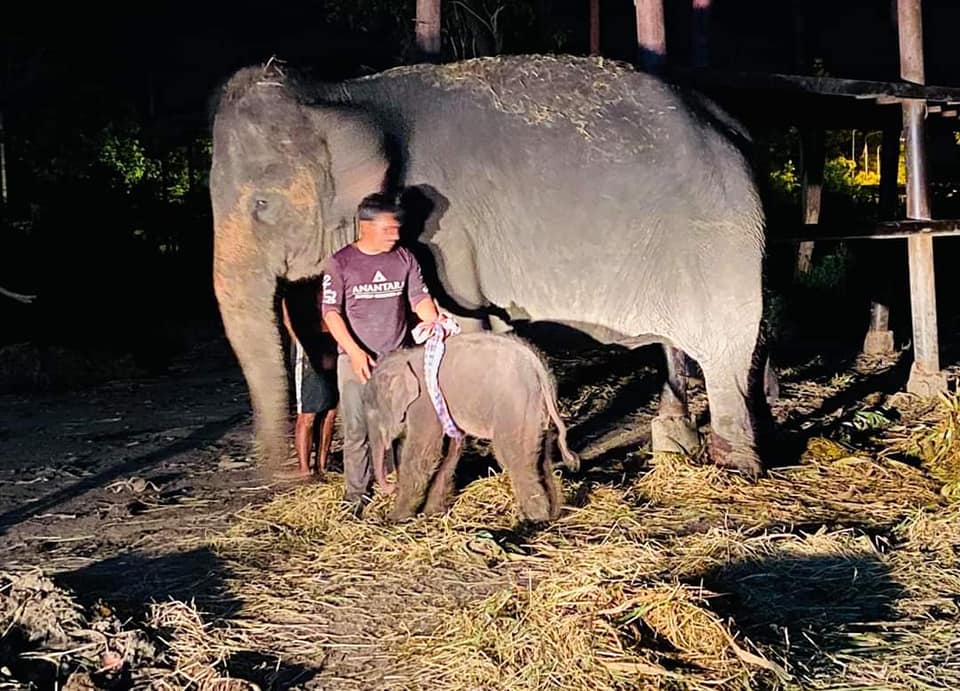 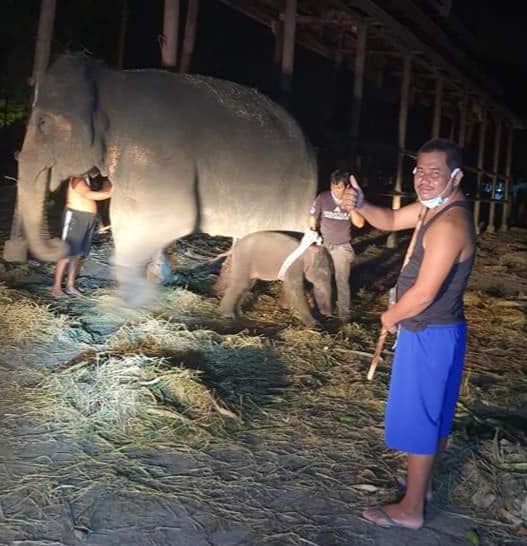 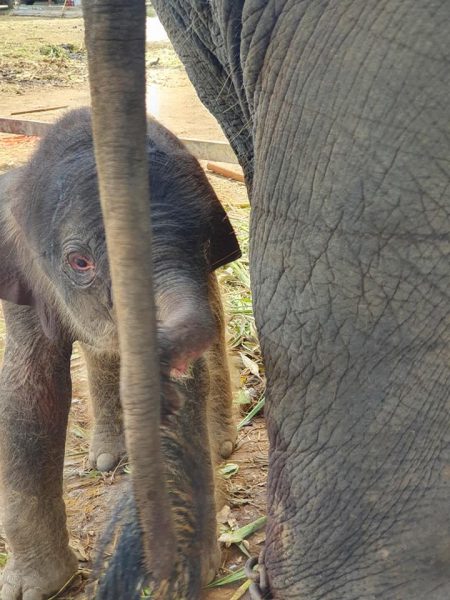 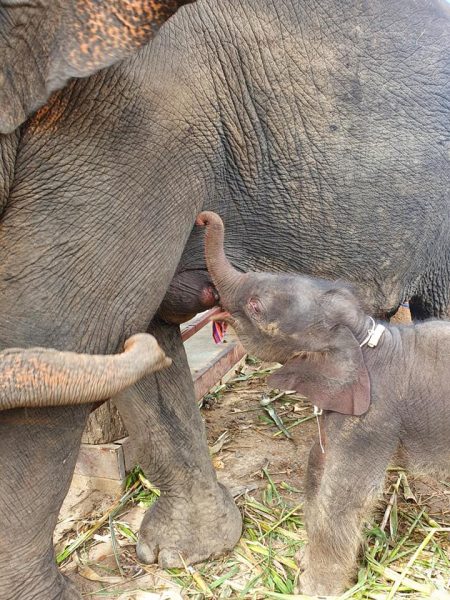 Mothers Day and our most precious contribution to World Elephant Day! Welcome to the world number 83!! Jintara gave birth to healthy gorgeous girl at 11.30pm 12/8/21. The hardships of Covid just dont seem to affect our elephants doing what they do most naturally. Her name is Malee which means Jasmine. Jasmine is the symbol of Mother’s Day in Thailand, which coincides with the birthday of Her Majesty the Queen, the mother of the nation. It stands for the pure, unconditional love, nobility, grace and elegance.

Jasmine is often used in garlands to communicate commitment and a deep spiritual love.

Welcome to the world #82! Faaloong, ( Honey’s daughter) had her second baby, a boy at 3am this morning! Nothing stops our elephants doing what comes most naturally, breeding! I think Covid19 has shown the world, pandemics are a real threat. Elephants face so many obstacles and dangers, we keep doing our part to ensure they will be here for future generations. His name is Plai Roongarun, Which translates to dawn and heralds the morning when the sun begins to shine on the horizon. We hope Plai Roongarun’s legacy shines for all elephants. His birth symbolizes new beginnings. 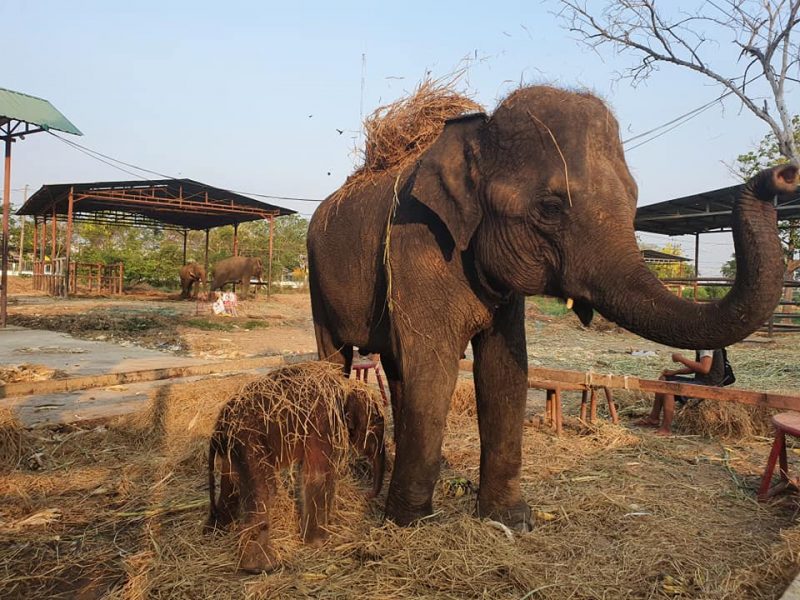 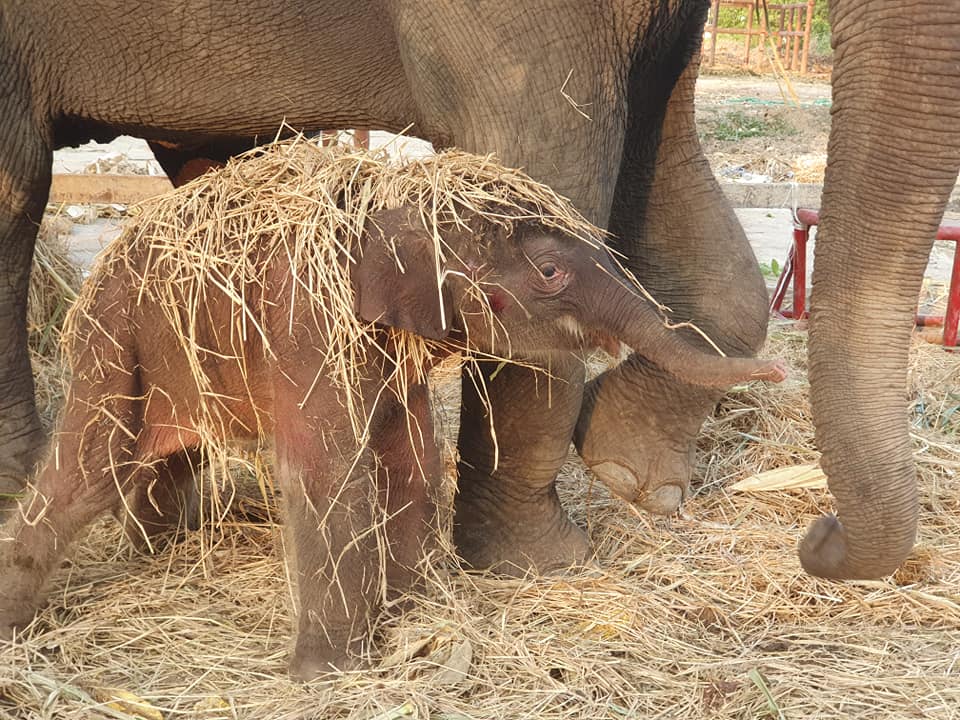 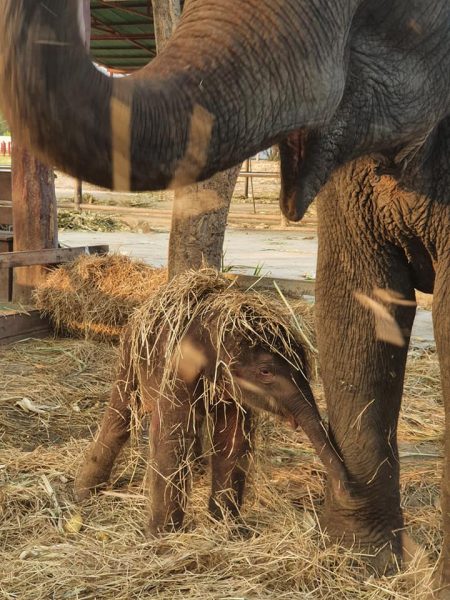 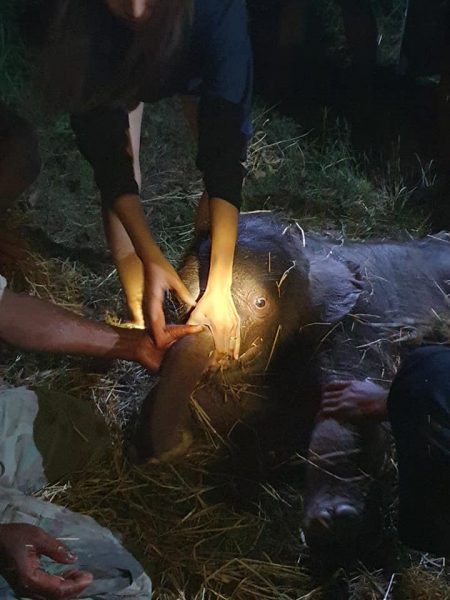 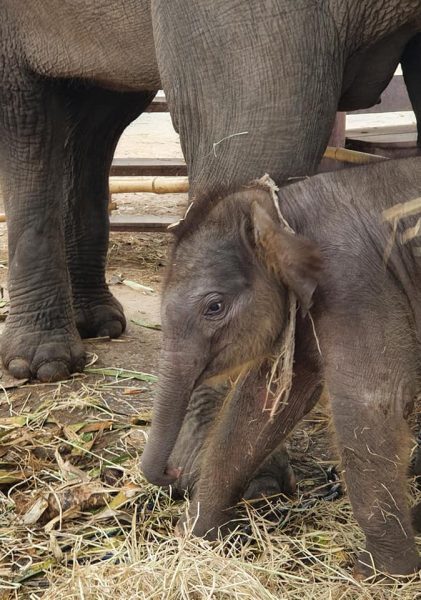 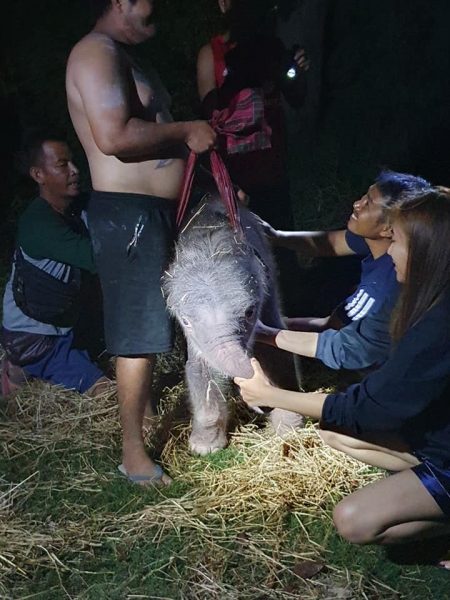 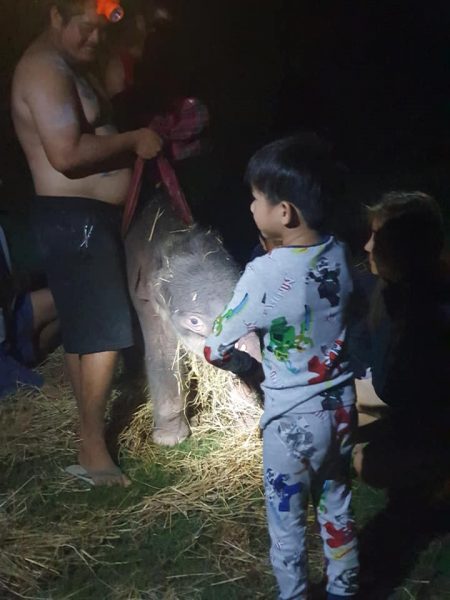 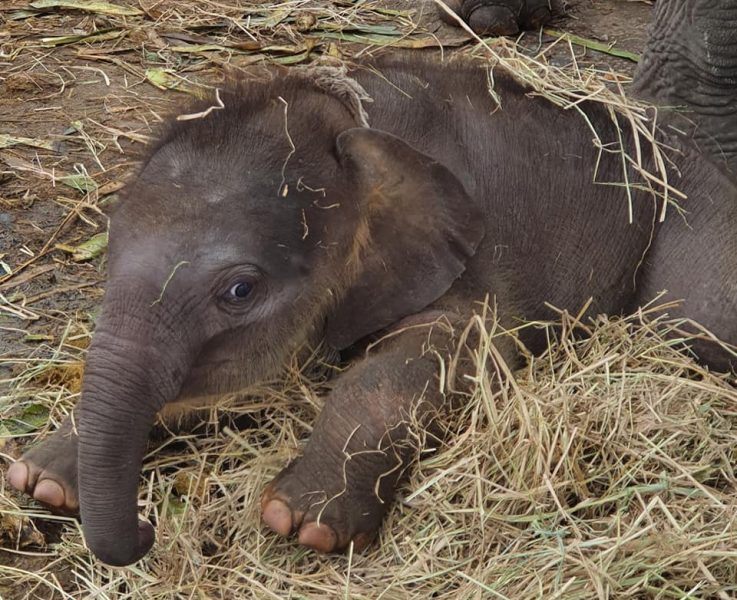 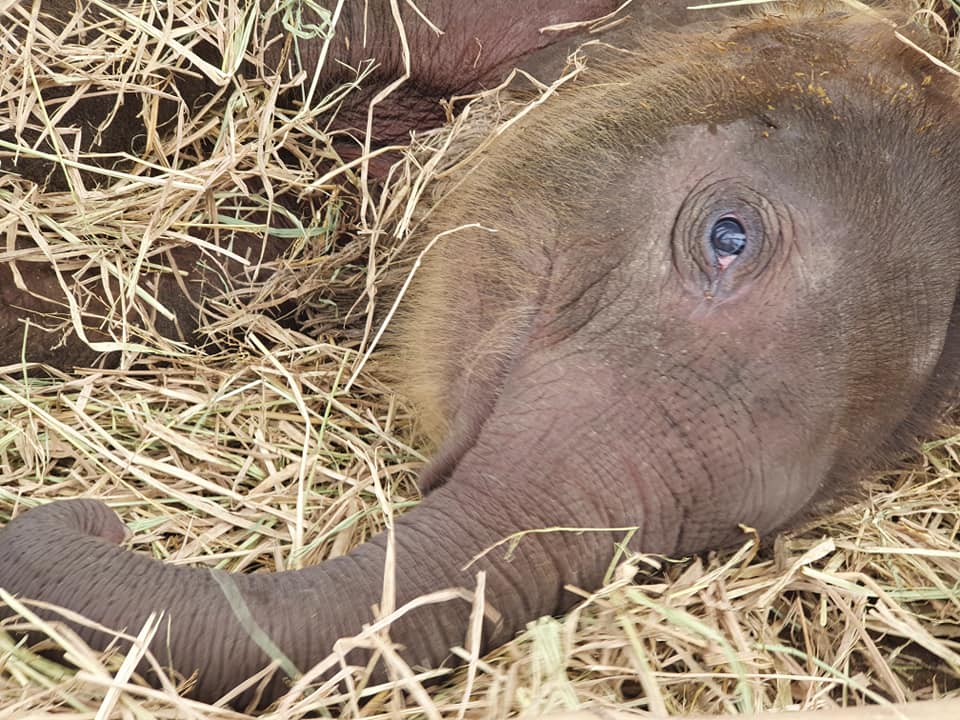 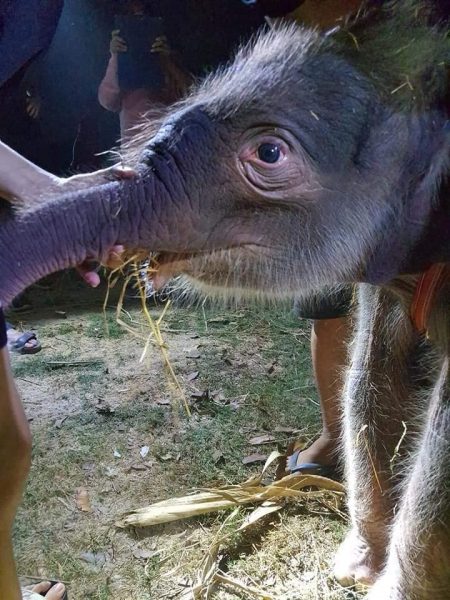 Welcome baby number 81! Pang Jangrapao (พังจันกระพ้อ) gave birth to healthy girl at 9.15pm. Hopefully this is a sign of a much better year. Her name is Pang Bua Si Chompu.

Our new baby has been named Pang Bua Si Chompu (พังบัวสีชมพู)… “Pink Lotus Maiden”
Thank you to Lalipa Nilubol for another fascinating insight into the cultural aspects of elephants and why the names we give our elephants is significant.
One of the most fascinating ideas featured in Asian mythology, that is unfortunately not commonly known, is the relationship between elephants and lotus ladies. Once upon a mythical time, before linear time was ever recorded, Earth was in a different dimension, and the gap between Heaven and Earth was much narrower. It may be such a shocking idea that Heaven had to rely upon Earth for certain things; but there was indeed a time when Heaven had no elephants, so the elephant on Earth took on an incarnation in Heaven. And so it was…that the heavenly dimension came to have as one of its inhabitants the “divine elephant”; and that elephant’s name was Erawan, also known as Airavata.
According to Sanskrit literature, Airavata or “Erawan” was an elephant as large and tall as a mountain, and his skin glowed more pearlescent than the silver mountain that was the gateway between Heaven and Earth. Erawan had 33 heads, especially so that he could serve as a vehicle for the gods. Each head had seven tusks; and surely enough, the truly weird and wonderful thing about Erawan was the range of things he could carry on his tusks. Of course, Erawan’s tusks carried lotuses…but they are not simply the kinds of lotus flowers that we see on lakes and in the marshlands. This is where the analysis of the mythical relationship between the elephant and the lotus cannot be done without discussing a certain distinctive part of the lotus anatomy; and that is the lotus flower core, which is the flat-top carpellary receptacle. This lotus flower core serves as a platform for deities and celestial figures, whether standing or seated.
Significantly, all of Erawan’s tusks are very much ‘palaces’ or some such equivalent; as in, each tusk houses many different things, such as lotus ponds, seven lotus ponds per tusk to be precise. Each lotus pond has seven lotus flowers. Each lotus flower has seven petals and seven flower cores. Each lotus flower core houses seven temple compounds. Each temple compound has an architectural structure going up seven storeys. Each storey has seven rooms. Each room has seven thrones. And each throne has seven angels (or celestial nymphs) guarding it.
So…is the “pink lotus maiden” a celestial nymph inhabiting a lotus flower core nestled away in Erawan’s tusks?